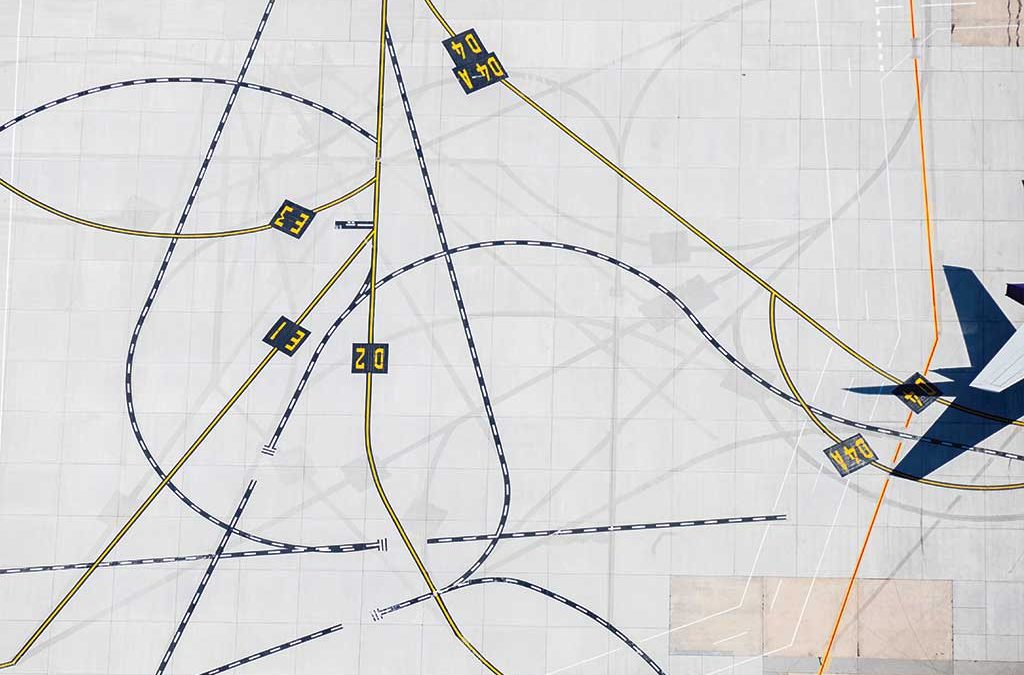 Ever wonder what those markings on the runway are when you travel on a plane? For ordinary travellers, these lines simply signify that we need to buckle up because we’ll be landing or taking off soon. But for the pilots flying the plane, airport linemarkings signify something so much more important. Governed by the International Civil Aviation Organisation, these markings ensure that all pilots, regardless of nationality or airline company, remain properly oriented so they can deliver passengers and cargo safely and on time.

But what does each marking mean really? Let’s check them out, shall we?

A pre-runway end marking is used when an area exceeding 60 metres in length before the runway has a sealed, concrete, or asphalt surface. This denotes that this area is off limits to an aircraft, either when landing or taking off. If the area is designated as a stopway, it may be used by an aircraft only when the need for an abandoned take-off from the other direction arises during an emergency situation.

This type of runway markings consists of yellow chevrons that are spaced 30m apart. Each line is 0.9m wide and angled at 45 degrees to the runway centreline.

Seen on all sealed, concrete, and asphalt runways, the runway centreline marking is designed to provide pilots with directions and guidance when landing or taking off. However, if the runway is 18m wide, this marking is no longer necessary as long as there are runway side stripe markings present.

Runway centreline markings consist of a line of uniformly spaced gaps and white stripes. Their combined length should not be less than 50m or more than 75m. Each stripe should be as long as each gap, with the first stripe starting 12m from the runway designation number.

Also known as runway numbers, runway designation markings are numbers painted at the ends of runways. Their main task is to help pilots determine the runway they are supposed to land on. All runway designation markings consist of two-digit numbers derived from the magnetic bearing of the runway centreline and rounded off to the nearest ten degrees. If the bearing is a single number, a zero is placed before it. On the other hand, if the bearing is a three-digit number, the last 0 digit is dropped.

Whether they are runway markings or taxiway markings, it’s good to know what each of them means, especially if you have plans of becoming a pilot yourself someday. Stay tuned for more descriptions of common runway markings!