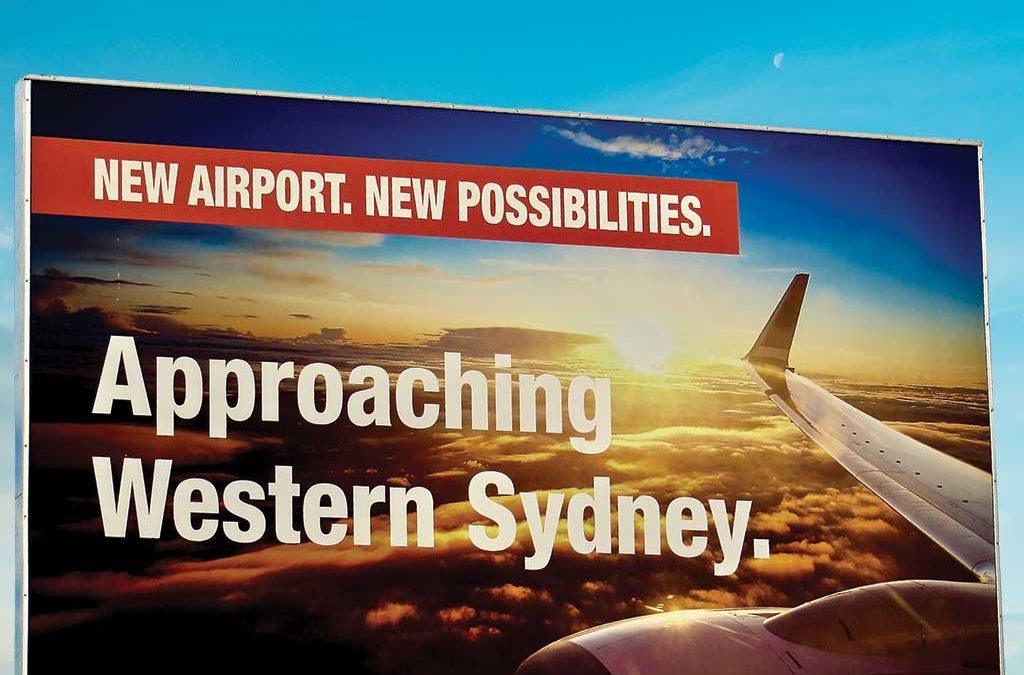 Western Sydney International Airport will be connected to Sydney’s rail network with two stations at the site, both of which will be ready in time for the airport’s first flight.

Named after Nancy-Bird Walton, the Australian aviation pioneer, Western Sydney International Airport is set to open in 2026. That may seem like a long way off, but if you consider that the project has been talked about for around 80 years, it’s really just around the corner!

If you’re still sceptical (we don’t blame you), you can take comfort in the fact that construction began on September 24, 2018, and the airport was officially named on 4th March this year. It seems things are definitely underway at Badgerys Creek!

How Much Will Western Sydney Airport Cost?

The second Sydney airport is projected to cost between 6 and 8 billion dollars. Once completed, it is expected that over 28,00 jobs will be directly and indirectly supported by the airport, making it an important investment for the economic future of Western Sydney.

Will The New Aiport Be International?

Yes. Badgerys Creek airport is needed to take the pressure off Kingsford Smith Airport. There will be connections to all major international hubs, as well as a nearby aerotropolis featuring defence, freight and logistics, pharmaceutical and education firms.

With all those new runways being built, there will be a lot of line marking to be completed. Airport Linemarking Services Australia has worked at airports all over the country, so fingers crossed we get the call for Badgerys Creek!